Farmak increased manufacturing capacity by 35% and reduced gas and electricity consumption by 76% and 64% respectively for 5 years, emission release is annually reduced by an average of 12-20% over this period

The non-financial report was published on the websites of the Global Compact and Farmak. According to the report, Farmak increased its manufacturing capacity by 35% over last 5 years:

– in 2015, Farmak launched its own manufacture of substances in Shostka. The investment in the construction was USD 40 million EUR 500 thousand of which were spent on modern treatment facilities.

– in 2018, a new manufacture of solid dosage forms was launched. This made it possible to double the annual manufacturing capacity up to 3 billion units per year. The investments reached up to EUR 20 million.

Along with the increase of its manufacture, Farmak constantly takes actions to reduce the negative impact on the environment, and these actions have a significant effect. For instance, over five years, the natural gas and electricity consumption decreased by 76% and 64% respectively per UAH 1 of the output. The Company strictly complies with the Ukrainian and European standards in environmental issues and plans the actions aimed at further significant reduction of any possible impact of the manufacture.

In 2019, the emissions decreased by 12.42% as compared to 2018 in Kyiv and 22.99% in Shostka. This is explained by the boiler operation mode during a relatively warm winter and the commissioning of two new Viessmann boilers. Farmak disposes and recycles waste according to all norms and systematically reduces the waste volume. In 2019, 323 tons of plastic, 280 tons of scrap paper, 159 tons of debris were delivered for disposal.

Realizing the importance of the global climate change on the planet and human impact on the environment, Farmak created educational project Eco-School for 8-11 grade students. Students, having acquired the necessary knowledge on this educational platform, may create a project for their school aimed at the efficient use of natural resources and win a grant for its implementation. Training at Eco-School is available for each student in Ukraine. The schools from 25 cities and towns participated in the project this year.

“It is emblematic that this report was published this year. Indeed, the Global Compact marked its second decade in June. In December, our Company will celebrate 95 years since its foundation. Historically, we have been and remain the pioneers in the pharmaceutical industry of Ukraine. Suffice it to say that Farmak is the first enterprise of the country that manufactures synthetic medicinal products. We started to prove the bioequivalence of medicinal products, i.e. their efficiency, almost 10 years before it became a mandatory requirement in the industry. Manufacture standardization in accordance with GMP, projects in energy efficiency and efficient use of natural resources, innovation and investment in science – these are Farmak’s priorities in our recent history which are in line with the UN Sustainable Development Goals. The industry leader is supposed to set an example and lead the way. That’s why we decided to systematize the work in the sustainable development and become a part of the global conscious business, certainly, being the first among the Ukrainian pharmaceutical enterprises,” said Filya Zhebrovska, Chairman of the Supervisory Board of JSC “Farmak”. 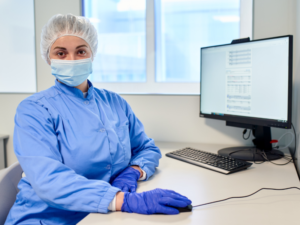 Farmak is switching to digital dossier of medicinal pro... 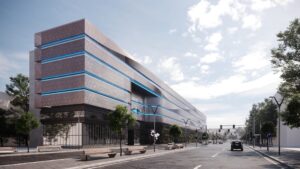 Construction of innovative centre has been launched by ...

Whether the refined processes can promote developing medicinal products? Yes, as far as the new innovative centre of Farmak as the Ukrainian pharmaceutical market leader is concerned. The Company intends to improve its operations as much as possible, provide personnel with comfortable office space, but most importantly to expand the capabilities of its R&amp... 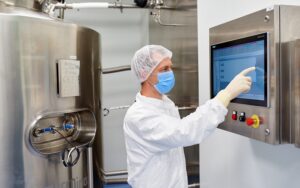 Pharmaceutical company Farmak’s operational efficiency growth strategy is based on the culture of continuous improvement and Lean Manufacturing. Following the successful implementation of the Lean pilot project, the Company is introducing this concept throughout its manufacturing facilities and in logistics processes. Lean OREX-2025 pilot project was launche...