An innovative company that once started as a factory, now impressing the world with its own technologies

Production of synthetic medicinal products and starting materials was practically absent in the early 20th century. Such products were imported. When the First World War began, imports were suspended resulting in deficit of medicines and medical products. Domestic pharmaceutical production was badly needed. In that period, a plant for production of synthetic medicines – M. V. Lomonosov Kyiv Chemical Pharmaceutical Plant – being the first in Ukraine was opened, which would later become Joint Stock Company “Farmak”. 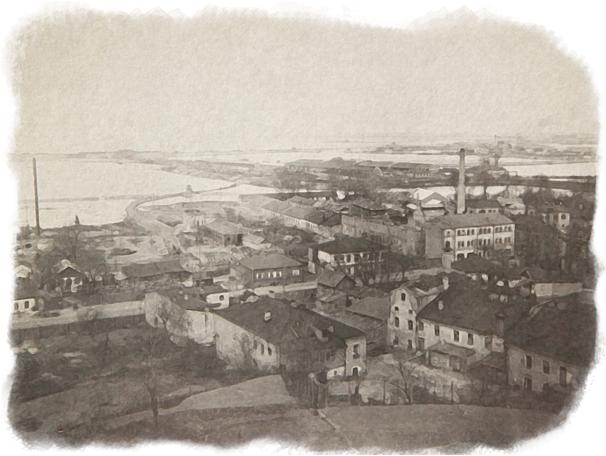 Staff of 42 workers and 12 engineering workers under the leadership of I. V. Yegorov PhD established production and developed synthesis technologies of first products, which were chloroform and salicylic acid. In December 1925, the plant first manufactured 790 kg of crude resorcinol and 205 kg of salicylic acid.
In 1937, the plant went into production of medical resorcinol, which was successfully used throughout the USSR.

Professional personnel and modern equipment were dramatically sparse; however, the plant was successful in arranging the production of 15 medicines. 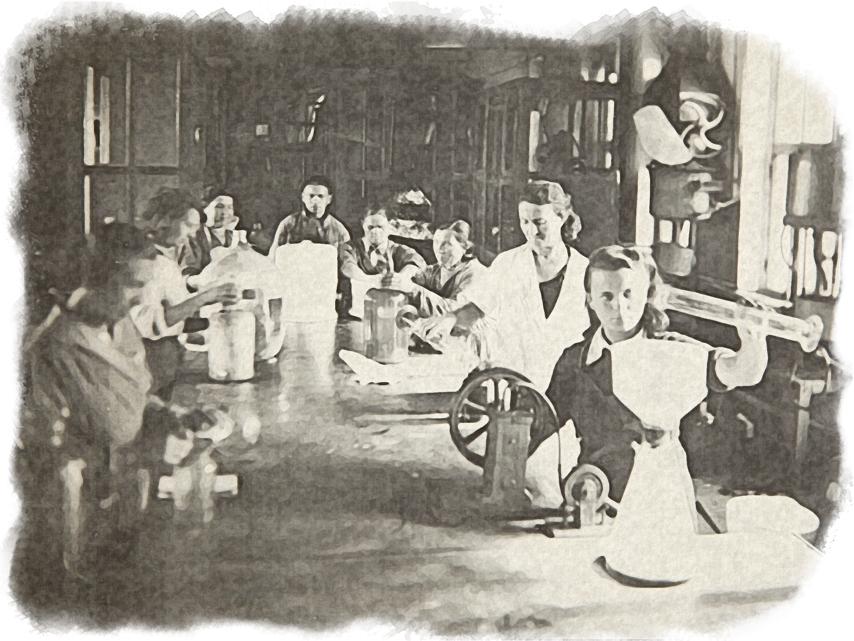 When the German fascist forces launched the offensive, the plant (i.e. staff of 30 employees and part of equipment) was evacuated first to Voroshilovgrad (present Luhansk), then to Kazan. When construction work and installation of production equipment moved out of Kyiv were complete, production of the required screens for X-ray equipment as well as chloratel, streptocide and tripaflavin was started. Those were the products required by military hospitals, especially those at the front line. Thanks to the plant’s staff, doctors at the front received regular supplies of the required medicines.

When Kyiv was liberated from fascist invaders, the plant’s staff returned to the city that was almost destroyed. They were working to restore the plundered plant remaining at the production for 2-3 days. It was their strenuousness and hard work that allowed the plant to eventually start production of first products – streptocide, disulfane, isophenine and electrolyte – in 1944.

By the end of 1944, Kyiv Chemical Pharmaceutical Plant fully recovered production of urotropin and anesthetic chloral hydrate, calcium and sodium chlorides. Operation of the menthol, validol and resorcinol production lines was launched in early 1945. 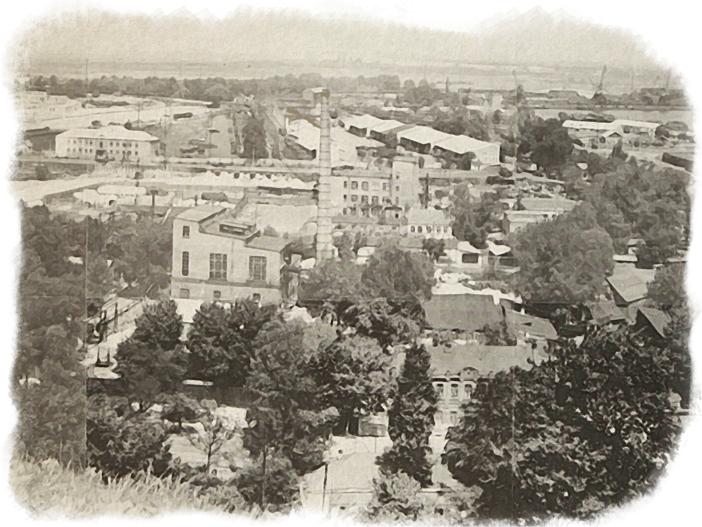 Over 1951-1958, refocusing of certain productions was implemented in the plant. The output of medicines (glucose, chloroethane) and X-ray contrast media was increased.

In 1958, the output of Validol was increased by almost 14 times and that of anesthetic chloroform by 11 times as compared to the output in 1950.

The production of syntomycin and synthesis of new medicines supplied to all the USSR countries was launched.

X-ray contrast agents Bilimin, Iodamide and Triombrast were developed and produced remaining ones of best contrast media till present.

In 1960, production of the domestic cardiovascular preparation named ‘Corvalol’ was launched, which quickly became globally known and is still the plant’s signature product.

In 1961, production of the exclusive medicinal product ‘Naphthyzin’ was started.

First automatic production lines for the manufacture of medicinal products were installed.

In 1975, the plant’s output of levomycetin was 165 tonnes, which was 4 times greater than its designed capacity.

Export of 1/5 of all products was arranged to over 20 countries of the world, among which were Angola, Germany, France, Italy, Egypt, Greece. 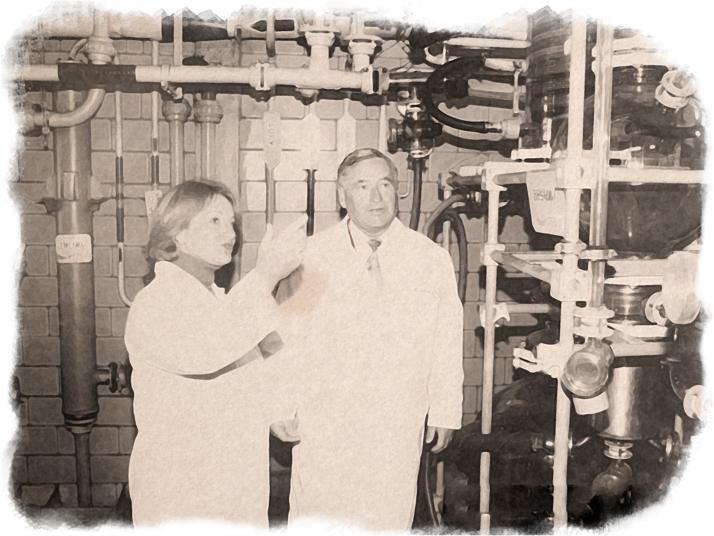 Construction of a dedicated facility for production of X-ray contrast agents was complete in the plant’s premises. Production of hydrocortisone was in progress.

Active reforming of the Company’s business activities was performed since mid-1980-ies. 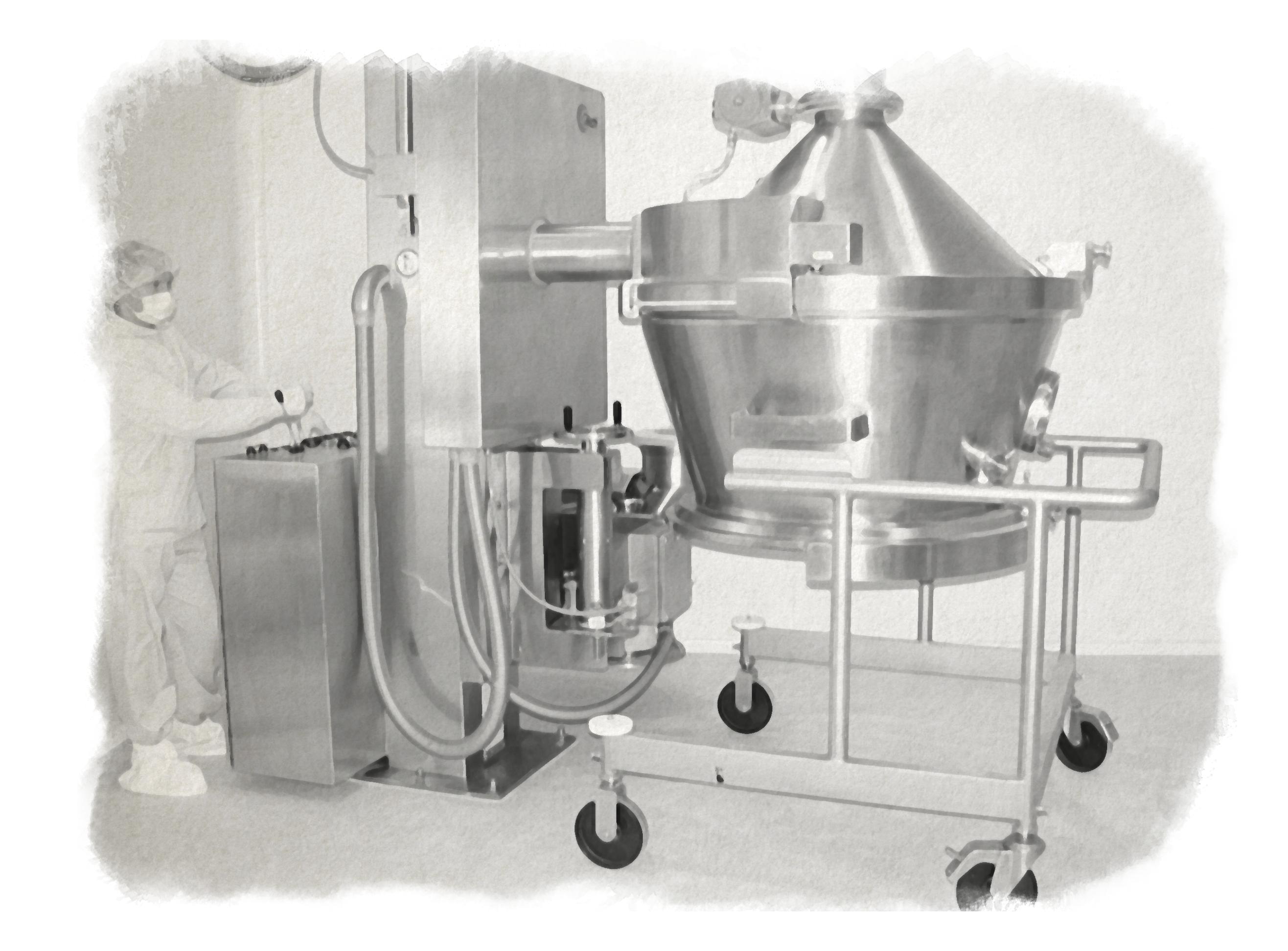 Since then, the mainstream of the Company’s activity was radical refocusing on production of competitive products complying with Good Manufacturing Practices (GMP). The Company started retrofitting activities: the first production line for drops under the Bottelpack technology was purchased and installed. The first product produced on the new production line was Naphthyzin.

Production of deficit ophthalmic medicines, antibiotics, medicines in the form of ointments was launched.

In late 1990-ies, Farmak signed an agreement for long-term partnership with the US corporation Eli Lilly, which is the leader in insulin development and production. The Company launched production of human rDNA insulins from the drug substance under the US partner’s licensed technology.

In 1996, the production output increased by 157.7 % as compared to that of the preceding year, while the quantity of products of the Company’s portfolio tripled over the period of 1995-1999.

Production of L-thyroxine was launched. Construction of a new tablet production facility certified according to the GMP rules was complete.

One new production was launched each year since 2000. In 2001, colossal construction of the Finished Medicinal Product Workshop (FMP-1) was started. Foreign partners were engaged to the design, which was the first experience in the Ukrainian pharmaceutical industry. Thanks for this engagement, 4 production lines of FMP-1 were certified for the European market.

In mid-2000-ies, Farmak started opening its representative offices in other countries.

Today, the staff of Farmak’s representative offices includes about 200 experts.

In 2007, production of Magnegita® was launched, which is a generic product to the original contrast agent Magnevist® (gadopentetate dimeglumine). Farmak managed to be the first to synthesize the substance and to develop the finished dosage form as well as to prepare a registration dossier and to obtain authorization of the first generic of the original gadopentetate indicated for the use for magnetic resonance imaging in 22 countries of the European Union under the decentralized procedure.

In 2000-ies, Farmak was proactive in colossal construction: the second stage of the Bottelpack production line (2010), production lines for liquid medicines (2007-2010), production facilities for dragées (2011) and soft gelatine capsules were launched over a short period of time. Full retrofitting of the manufacturing sites was complete in 2013.

In 2010, Farmak was recognized as Top #1 Company among domestic manufacturers having moved 4 positions up in the rating over 4 years and has surefootedly asserted the leadership to this day.

The Company obtained GMP certificates for all its production lines.

A new laboratory and process complex committed to research and development was launched. 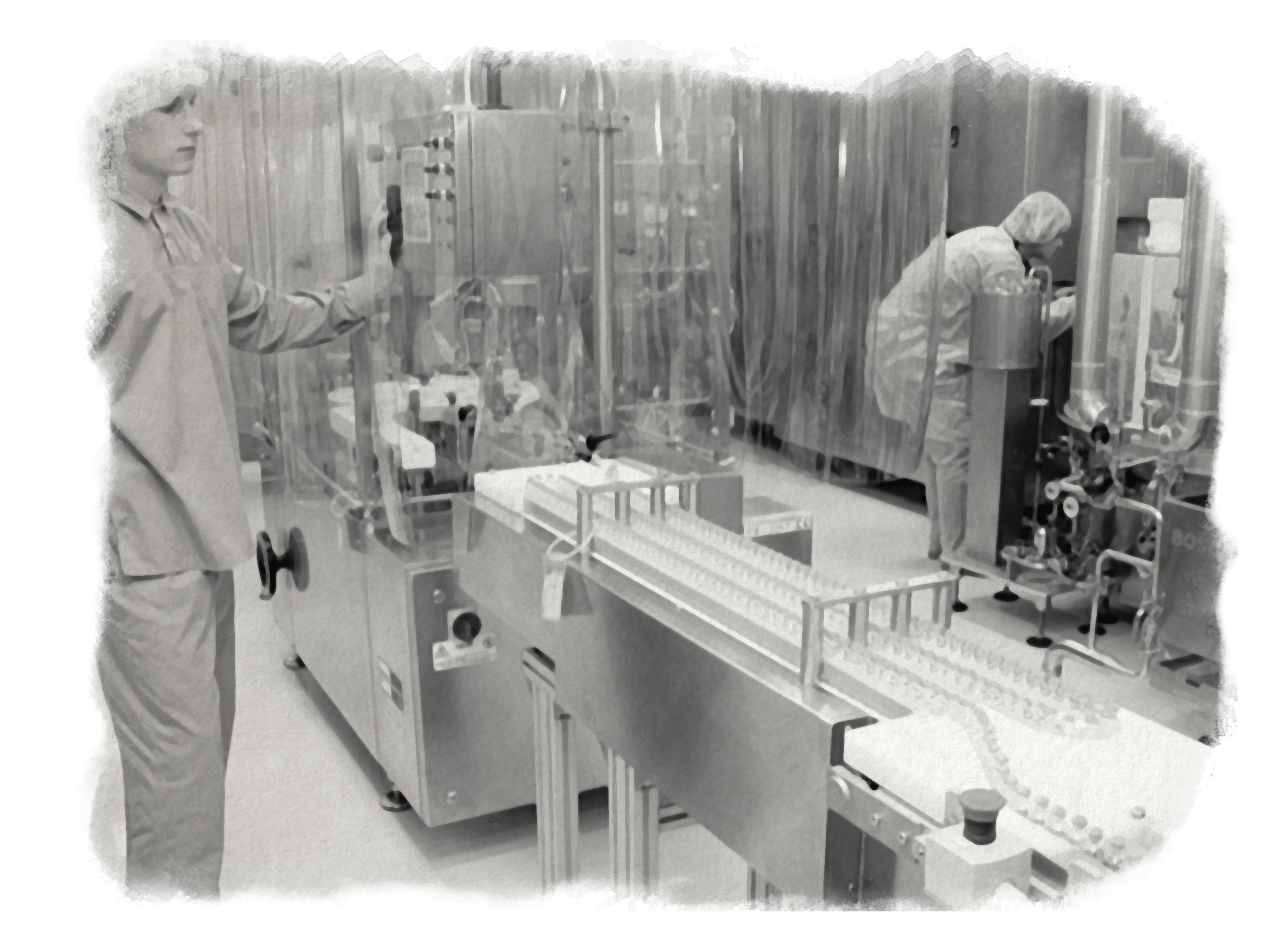 The API manufacturing site based in Shostka, Sumy Region, was constructed and launched.

The Company’s products are exported to 20 countries of the world.

Up to 20 new products are launched each year.

The Company’s staff is over 2600 employees.

The Company has 19 production lines, all of which comply with GMP.

The Pharmaceutical Quality System was implemented and continually improved according to the current regulatory requirements and global standards of ISO, GMP. The Company receives about 15 international inspections each year.

Zhebrovska Filia became the Chairman of the Supervisory board. On March 3, 2018 Volodymyr Kostiuk was appointed acting Executive Director. 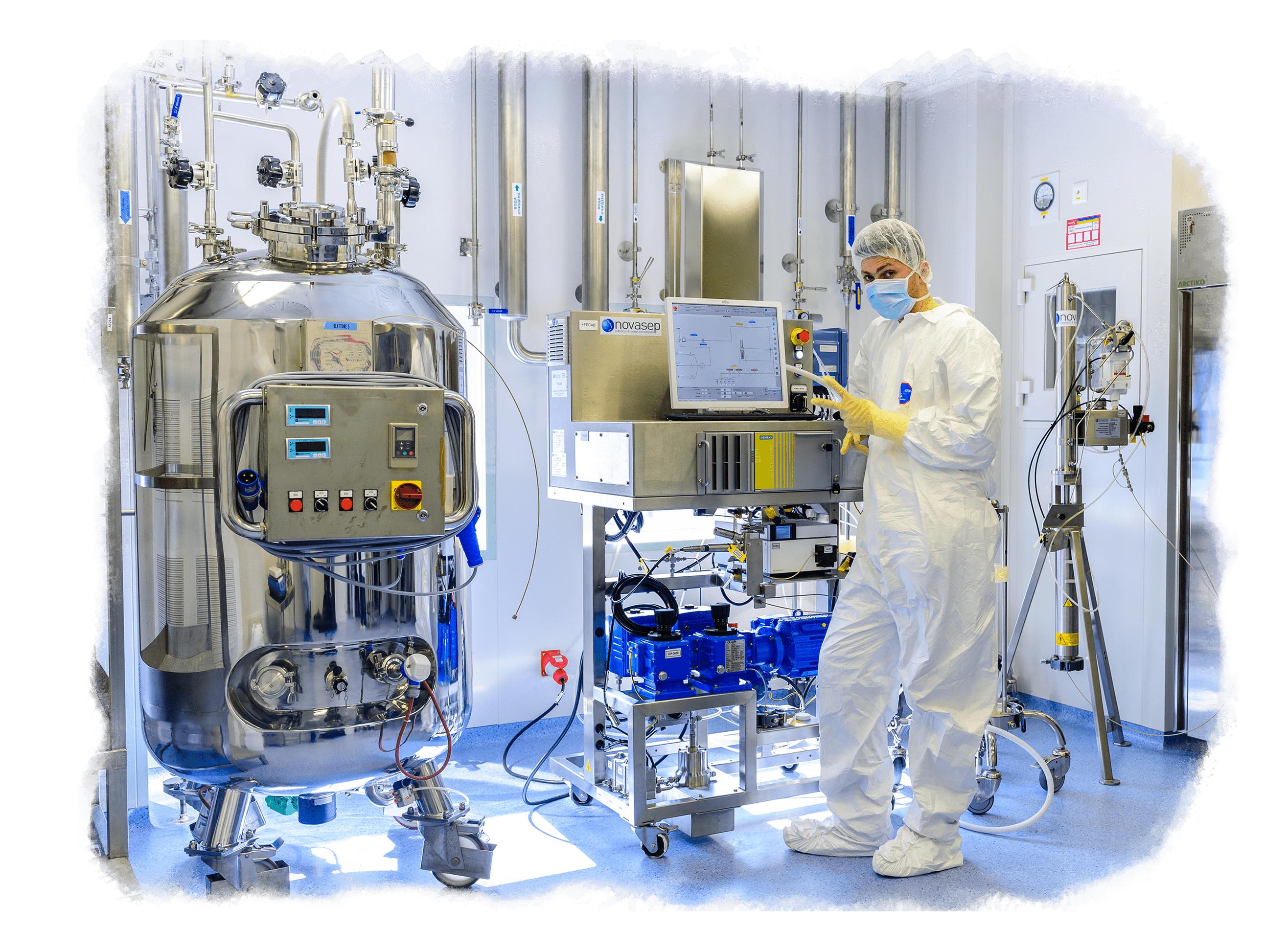